Maybe behindhand, but we are back.

Good morning to everybody.

During this long time interval nothing has remained unchanged.

Clearly not, starting from its enlarged and renovated managing administrative and accounting offices, to a new graphic design, besides; obviously, the continuous product improvement.

The Cangialeoni Group, to which Babbini belongs, has acquired new companies, including Italproget that operates in a field with great potential growth, that is municipal and industrial waste selection.

The most important technological innovation concerns presses spindles, that, after a specific study conducted in collaboration with scientific and welding institutes, are presently manufactured with an innovative manufacturing process, completely overhauled compared to the past to guarantee the maximum reliability.

Speaking about the group, we should mention GPS growth at all levels. This company, which started on Babbini’s tow, sails now successfully on its own, as it autonomously acquired significant orders, see in this regard the gearbox for steelworks mentioned in our news.

As for Babbini, it has increased its turnover and its worldwide market share, though without relocating production. This choice to favour quality rather than production costs reduction is clearly repaying us. All workers are proud of this and they are active parts in the continuous product quality improvement process. Our customers’ trust and esteem are therefore the result of these choices and of the reliability and professionalism of our work.

Finally, the group policy allows us to count on significant investments in production to improve the press product and make it more reliable and, at the same time, to reduce production costs of our machines, which are and shall remain our sole and great point of reference.

Babbini is growing and changes its look

The development of research and new ideas that have led to several innovations in the pressing field, are also reflected on the “restyling” of its premises, starting from the outside of the building to new equipped meeting rooms, new offices and refurbished existing ones.

We should not forget that Babbini has its only administrative and commercial offices and production site here in Civitella di Romagna. Therefore the desire to improve its “look” and its working environment by investing in this modernization project is a proof that Babbini will continue its policy against production relocation by giving priority to the product quality rather than to the profit itself. 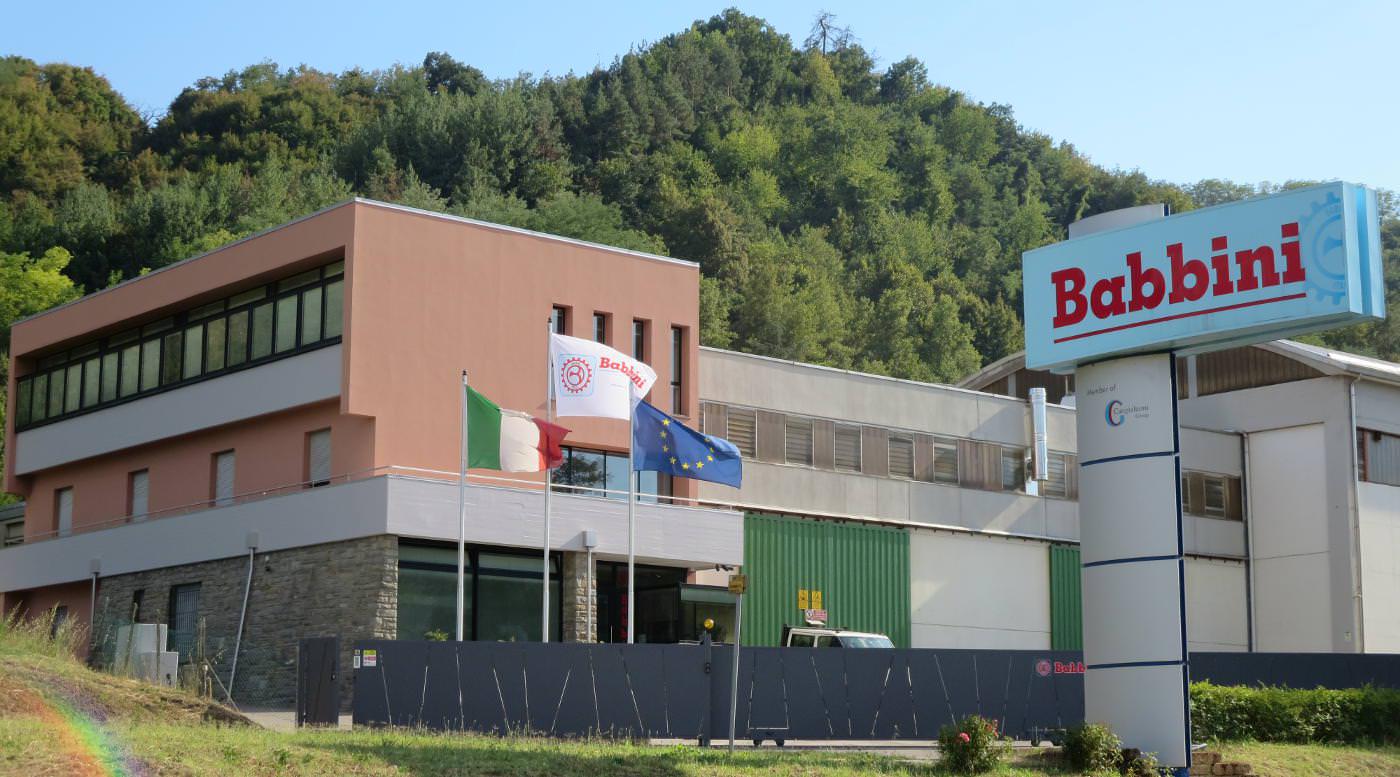 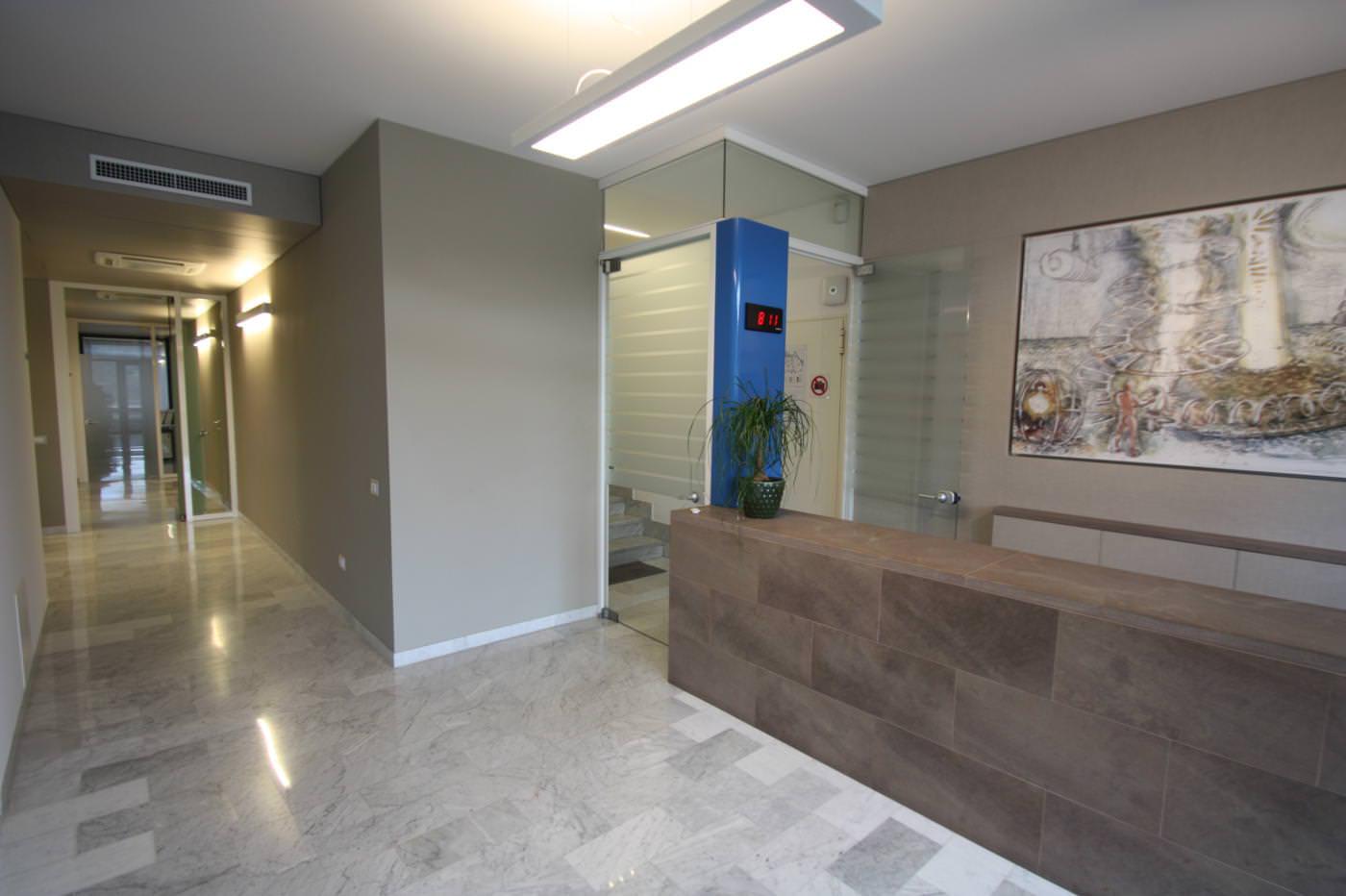 The main innovation regarding the presses concerns spindles, that can be considered the pulsating heart of the machine both from the mechanical point of view (as they are subjected to heavy fatigue stresses and for this reason they need a flawless manufacturing), and from the technological point of view (as a press performance largely depends on the flights geometry).

The continuous development of this two aspects allows nowadays to equip Babbini presses with innovative spindles, that guarantee the maximum reliability and better performance to the press.

Following the problems occurred in about 2% of spindles and the demand to continuously increase pressed pulp DS, in the past few years Babbini conducted, in collaboration with scientific and welding institutes, a detailed analysis and a complete overhauling of the press screws manufacturing cycle with the aim of increasing spindles reliability, even in critical working conditions.

The spindles internal structure geometry is manufactured, as in the past, according to a Babbini patent, that guarantees structural continuity to the core structure. However, the manufacturing process of all the press screw has been completely overhauled and largely modified compared to the past.

Our valued collaboration with GPS, part of Cangialeoni Group since 2006, allows us to get the best in terms of reliability and quality, even of gearboxes, which are considered the second critical element of a press. This is very appreciated by our customers.

Babbini presses can be undoubtedly considered nowadays the most reliable presses on the world market, as well as the best performing ones.

During the analysis conducted on the press screws, we analysed also the main causes of machine stops in the pressing station. This provided to the customers some useful information to reduce their occurrence (Maintenace, regular inspections and analyzes, use of control and monitoring tools, advices regarding presses operation, system and process) even if there are different external factors that increase mechanical stresses on the press.

Some points of this analysis are quoted in the article “Checking machine stops in the pressing station of beet sugar factories” , that points out how the reliability and good performance of a press not only depend on how it is designed and manufactured, but also on how it is handled, run, fed, controlled, maintained and protected in time. It points out also that simple precautions and measures can avoid detrimental machine stops, especially on old presses, sized to lower performance and for this reason subjected to very heavy workloads. 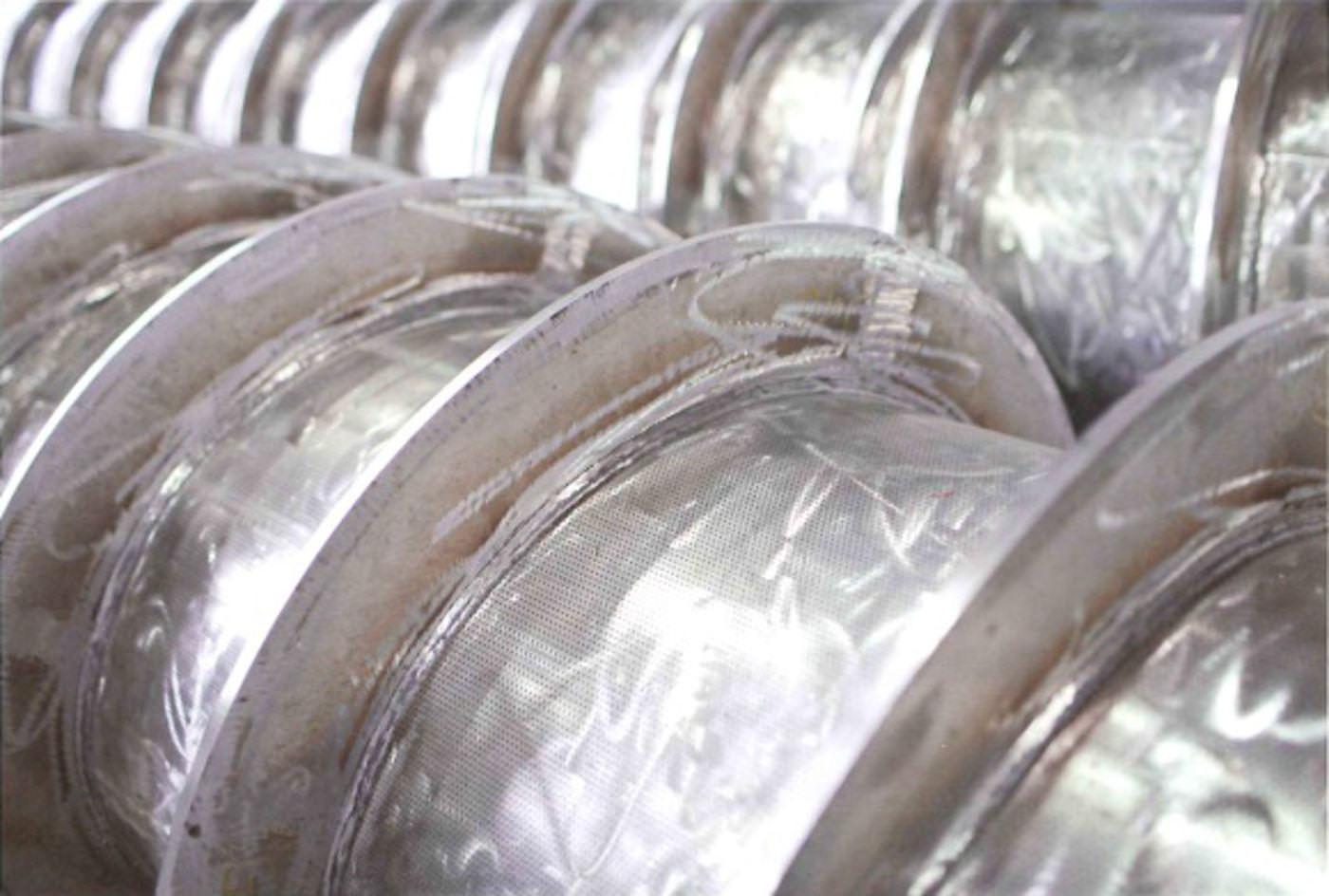 News from the Group

This company is the newcomer in the Cangialeoni Group. This take-over comes from the will to invest in a company operating in a booming industry field, such as waste “recycling”. Italproget designs and manufactures equipment for the selection of municipal and industrial wastes.

The Cangialeoni Group management has great projects for this company, that will be inaugurated on April, the 12th 2014 and is currently undergoing restructuring following the new taking-over. 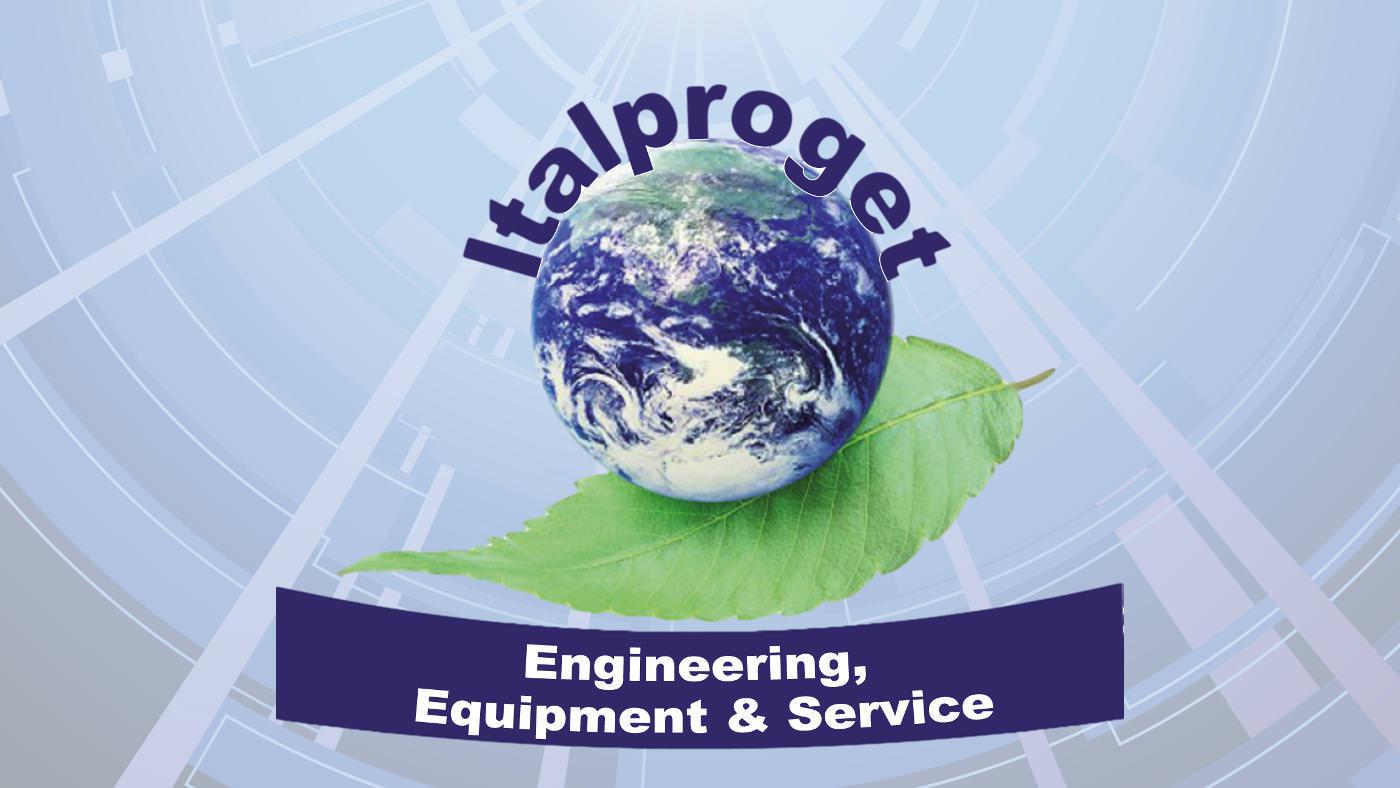 During the past two years GPS Engineering has highly increased its business abroad in the sugar industry, gaining customer’s trust. The GPS/Babbini synergy led to the improvement of one of the most critical press parts: the gearbox.

Its business is not limited to the sugar industry, but it extends to steelworks, cement factories, paper factories and waste industry. Precisely in the steel and iron industry a large gearbox, which required considerable production and designing efforts, was successfully delivered in 2013. 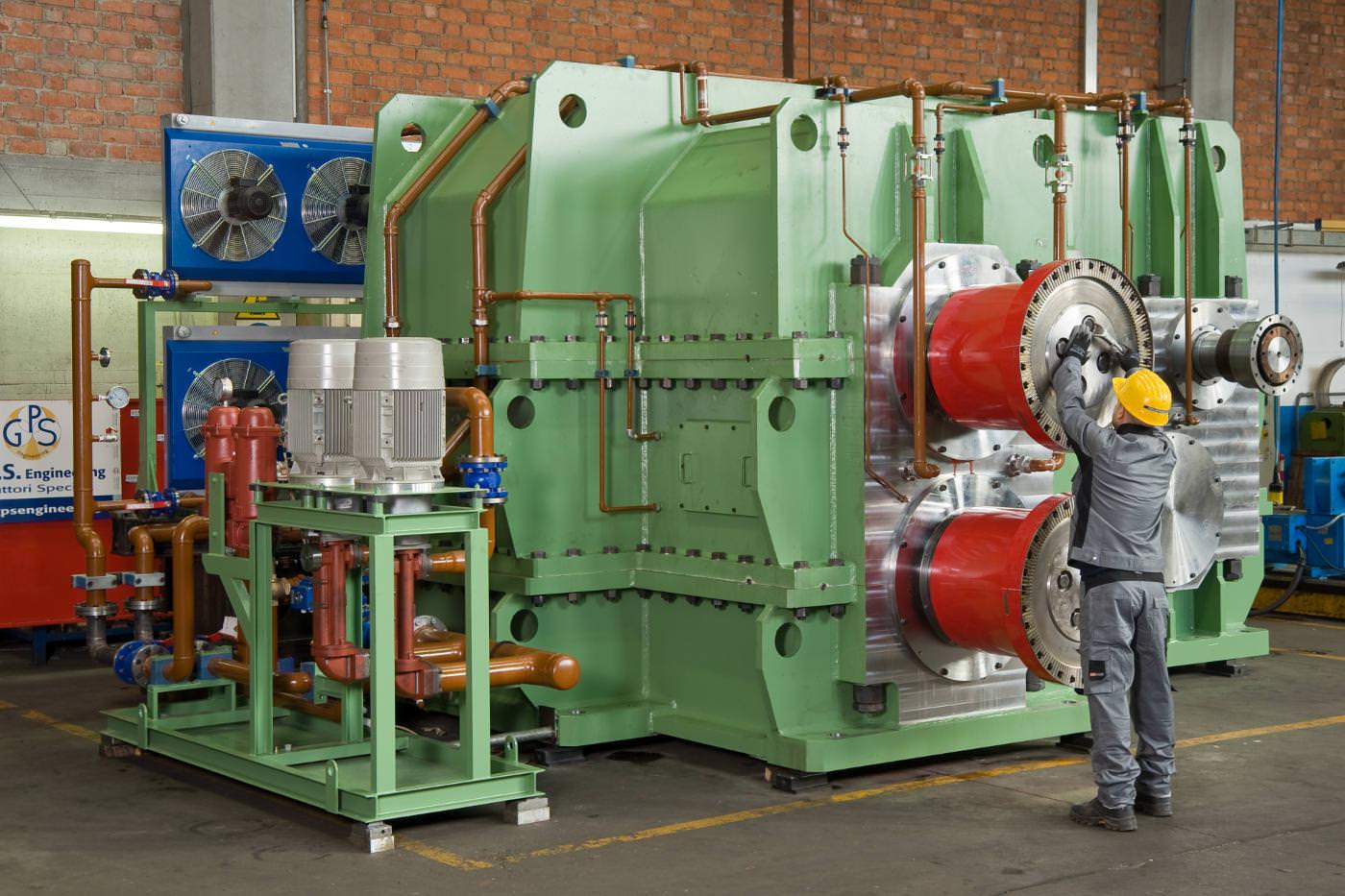